As per the ‘American college of Allergy, Asthma and Immunology’, sinusitis is a major health problem. It afflicts 31 million people in the United States and makes Americans spend more than $1 billion each year on over-the-counter medications and another $150 million on prescription medicines. Sinusitis is also responsible for over 16 million doctor visits.

So today, let’s talk about this common problem and its root cause and find out why some people are susceptible to it, while others are not. We will also discuss how the process starts and how, ultimately, the sinuses get involved. And lastly, how can we prevent it.

Surely, most of us would know what sinuses are. For a quick recap, please refer to the image below. Sinuses are eight hollow cavities in our skull around the nose. Sinuses lighten the skull or improve our voices, but their main function is to produce mucus that moisturizes the inside of the nose. This mucus layer protects the nose from pollutants, micro-organisms, dust and dirt.

Sinuses drain the mucous produced by them into the nasal cavity and protect the nose, but may themselves get blocked due to excess mucous production or a blockage in the outflow. Ultimately, they get invaded by bacteria causing inflammation, pain and purulent mucous leading to sinusitis. People who have allergies, asthma, structural blockages in the nose or sinuses or people with weak immune systems are at a greater risk of developing sinusitis.

Sinusitis involves the manifestation of bacteria, viruses and fungi in the sinuses causing infection, inflammation and related symptoms. In the initial stages, there could be symptoms of acute rhinitis (common cold) followed by involvement of the sinuses marked by the appearance of thick, yellowish/greenish mucous.

Ever wonder why a running nose is called a cold? Interestingly, it is the exposure to cold foods, weather etc. which generally precipitates the aggravation of Vata, thereby bringing about the infection. Ayurveda does recognize the role of bacteria, viruses etc. but it puts more emphasis on internal derangement in the natural form of the three doshas that lay the ground for the bacteria, viruses and even allergens to invade your tissues and bother you. The ancient science explains sinusitis as a stage of common cold gone chronic with the involvement of Vata first, followed by Kapha, and then Pitta.

Pitta, as we know, is involved in all inflammatory disorders, so by the time the sinuses get infected, all three doshas get involved in the pathological process. The Vata causes the pain and the intermittent running nose, Kapha increases the production of the mucous and cause blockage, whereas Pitta produces inflammation and fever rendering the mucous purulent.

If you have ever experienced sinusitis, you’re probably familiar with its symptoms:

What can you do when you have sinusitis? How can you reduce your susceptibility to it?

The idea is to augment your immunity, decrease allergic disposition, and keep the nose clean and working optimally.

As would be evident from the aforementioned Ayurvedic explanation of the process involved in the development of sinusitis, it would be prudent to check aggravation of Vata and Kapha in all individuals and that of Pitta in people with a history of allergy.

2) Cover your head and dress up adequately while venturing outdoors in cold weather.

3) Always eat food that is warm and easy to digest (especially if you have a Kapha dominant body type or have a tendency towards nasal congestion). Try this

4) During the acute phase of a common cold, eat foods with hot and dry properties with a dash of oil/butter/ghee. Common examples are millet, quinoa, oat porridge and grilled meats.

5) Do not drink water within an hour of having your meals. Keep yourself hydrated adequately, but do not over-consume water.

7) If you are constipated, address it aggressively, particularly if you have an allergic predisposition.

10) It might feel awkward at first, but try nasal douching and gargling with warm saline water. This is beneficial to clear up your nasal passages.

11) Put a few drops of lukewarm sesame oil or mustard oil on your palm and rub it with the thumb of your other hand until it becomes a little warm.  Use a dropper to put 2-4 drops of this oil in both of your nostrils and take a deep breath through the nose. Spit out whatever oil comes into your throat. Do this after getting up in the morning, after taking a bath, after meals and at bedtime. This will help avoid congestion and nasal allergies.

12) Put a few drops of eucalyptus oil in a steamer and inhale the steam. If you don’t have a steamer, you can replicate the process by boiling water, pouring it into a large bowl and adding a few drops of eucalyptus oil. Lean over the bowl so that you can inhale the steam (not too close – keep a safe distance from the hot water) and hang a towel over your head, covering both your head and the bowl to prevent the steam from escaping. Try to stay here for around 10 minutes or until the steam starts to disappear.

13) Consider taking Kapha, Vata or Pitta balancing tea or a Tridoshic tea as per the stage of your cold.

14) Incorporate turmeric in your cooking. Turmeric, in any form (whether as a spice in cooking or brewed as tea), helps reduce congestion, inflammation and allergic disposition.

15) See a doctor if your symptoms worsen or do not resolve.

1) In an acute running phase, crush 2 tbsp of carom seeds, place in a cloth, hold this near your nose and inhale a few times. Repeat 3 times a day.

2) Take ½ tsp of dried holy basil leaves and boil on a low heat in a cup of water until the water reduces to 1/4th. Now mix a pinch of black pepper to a teaspoon of ginger juice and 1 tsp of honey and lick it. Then drink the holy basil tea. Repeat 2-3 times in a day.

Holy basil is different from regular basil. This plant has been named ‘holy’ (another name is ‘Queen of Herbs’) because of its vast benefits. Go out searching for some Holy basil seeds and easily grow them in your own kitchen or garden!

3) Take ½ to 1 teaspoon of triphala powder at bedtime with warm water to get a good bowel movement in morning.

Deepak Bhanot, BAMS is a qualified Ayurvedic practitioner with 20 years of experience. He specializes in dietary and lifestyle consultation as per one's Prakriti. He has an advanced specialization in Nutrition and Health Education as well as Preventive and Promotive Health Care. He is a certified Panchakarma and Ayurvedic Acupressure therapist. http://www.theayurvedaexperience.com 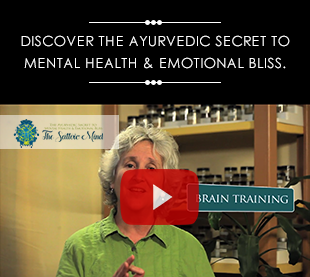