I would like to present a case of a patient with this condition to illustrate my approach.

Rhonda was a fifty-four-year-old female who was struggling with obesity, fatigue, and a sluggish thyroid. Her TSH (thyroid stimulating hormone) had been hovering just outside the optimal range for many years, and she had elevated thyroid peroxidase antibodies consistent with Hashimoto’s disease, where her immune system was attacking her thyroid.

She had a strong aversion to taking medications and was opposed even to taking a natural form of thyroid hormone. She felt like she was too fatigued even to exercise, although she had been very active for most of her life. She was following a gluten-free Paleo diet with a lot of fruits and vegetables and loved dairy products of all kinds including milk, cheese, and yogurt. She explained that she was from Wisconsin, where dairy farming is common, and that’s why she loved drinking milk every day.

After talking with her, I determined that she had excess Kapha as well as a very low Agni. I had her follow a Kapha-pacifying diet. Traditionally, Ayurveda recommends eliminating dairy products in the course of such a diet. Even though it was very difficult for her, Rhonda stopped eating dairy products and started following the Kapha meal plan. I also encouraged her to incorporate warming spices such as ginger, turmeric, black pepper, and chili into her diet. Lastly, I suggested that she begin taking an herbal supplement called guggulu, which is effective in reducing excess Kapha and also traditionally used to support healthy thyroid function.

After three months, she was excited to report that she had lost fifteen pounds just from changing her diet. Her energy had improved to the point where she was able to start a regular exercise program. As she began exercising, her energy improved further and she lost another ten pounds. After six months, we repeated her thyroid function tests and found that they had normalized.  In fact, her thyroid antibodies had returned to normal, indicating that her Hashimoto’s disease had been successfully reversed.

Other things to consider in Hashimoto’s disease include the elimination of gluten because of potential cross-reactivity between gluten and thyroid tissue.

Also, consider performing tests for the elimination of other food sensitivities, at least in the beginning.

Ashwagandha — usually not used alone but as part of an herbal formula as it has heating tendencies, and can worsen irritability, especially if someone already has high Pitta. Also, do not use ashwagandha indefinitely because there have been reports of hyperthyroidism, incurred by prolonged unsupervised use of ashwagandha.

About The Ayurveda Experience

The Ayurveda Experience is a one-stop portal for all things Ayurveda. Learn Ayurveda through our educational courses, webinars and articles, shop Ayurveda products in our online store and connect with an Ayurvedic practitioner through our web directory or iYura app! http://www.theayurvedaexperience.com 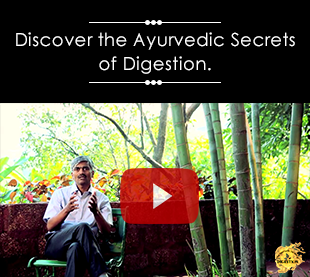